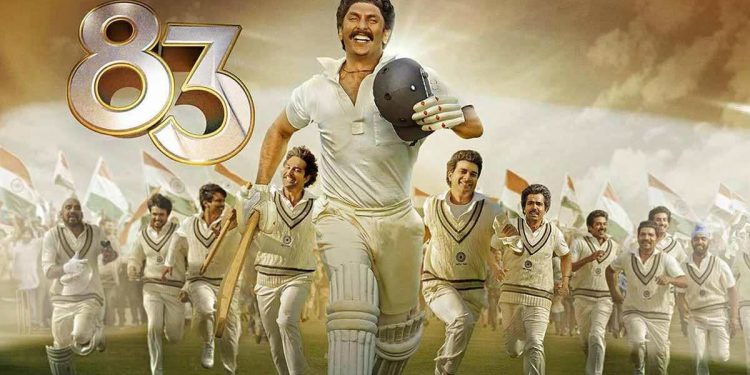 On Tuesday, the trailer of Ranveer Singh’s most awaited film, 83 trailer have been, released. Ranveer is playing the character of Kapil Dev in this film based on the 83 World Cup. The film is releasing in theatres on 24th December. It will be, released in Hindi, Tamil, Telugu, Malayalam, and Kannada languages.

On Tuesday, the trailer of Ranveer Singh’s most awaited film, 83 have been, released. Ranveer is playing the role of Kapil Dev in this film based on the 83 World Cup. In this 3 minutes 49-second trailer, director Kabir Khan takes us back to 1983 when India won the first World Cup. The trailer starts with the game of the Indian team. Players of the team get out one by one, and the whole team expects from Kapil Dev. When he started to play the 1983 World Cup, Ranveer tells the conference that he has come here to win. In the film, Pankaj Tripathi is playing the role of PR Man Singh, the manager of the then Indian team. In the trailer, he says – 35 years ago, we won freedom, but we have yet to win respect, Captain.

In the first part of the trailer, you can see the Indian team struggling, and in the second part, the team won with a spectacular comeback. However, the grief and struggle the Indian team had to go through before the victory is quite emotional.

Deepika Padukone as Romi Dev in 83

In the film, Deepika Padukone will play the role of Kapil Dev, Ranveer Singh’s wife, Romi Dev. Sharing the trailer on Instagram, Ranveer wrote – True story of underdogs that you will not be able to imagine. The trailer of 83 has been, released in Hindi. It is releasing in theatres on 24th December. The film will be, released in Hindi, Tamil, Telugu, Malayalam, and Kannada languages. Along with this, it will also be, released in 3D.

Let us tell you that there is a huge star cast in the film. Tahir Raj Bhasin, Jeeva, Saqib Saleem, Jatin Sarna, Chirag Patil, Dinkar Sharma, Pankaj Tripathi, Hardy Sandhu, Nishant Dhahiya, Amy Virk, Sahil Khattar, Adinath Kothare, Dhairya Karva, R Badri are going to be, seen in this. Ranveer Singh has been given the look of Kapil Dev in the film. He looks exactly like Kapil Dev.

Let us tell you that the film was not able to, released till now due to the Corona lockdown. The release dates had to be, postponed repeatedly.