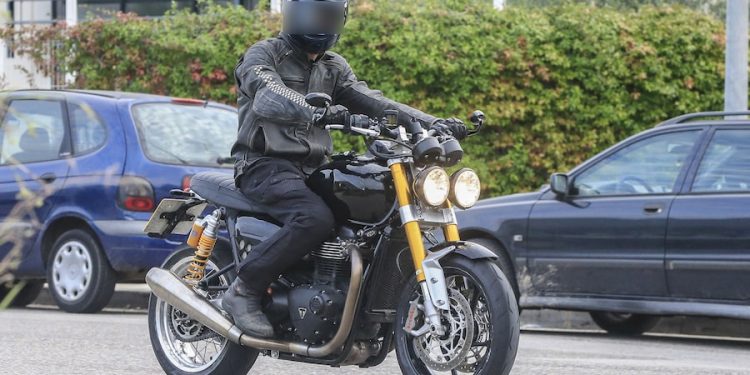 The redesigned 2021 Triumph Speed Twin will be on sale worldwide on June 1, 2021, with a host of new performance and functionality enhancements. The teaser shows the bike’s shape as well as its twin-pod instrument dashboard and circular LED headlight.

Triumph Motorcycles has unveiled the new iteration of the Speed Twin, as well as the specifics of the revised motorcycle’s global introduction. On June 1, 2021, at 12:00 British Summer Time (BST), which is 16:30 UTC, the 2021 Speed Twin will be introduced worldwide (IST).

As per Triumph’s preview, the new Speed Twin will be an improved machine in every way, with “greater performance, better handling, greater specification, and even more premium styling and refinement,” as well as “developed in every dimension.”

As a result, we may make some educated assumptions about where the new Speed Twin will be updated. The 2021 Speed Twin appears to be getting a considerable makeover, based on Triumph’s revisions of other models across the line-up.

The 1,200 cc parallel-twin is expected to keep its fundamental architecture but receive upgraded individual components, as well as modest changes to the chassis and suspension. The general silhouette, with its thick 41 mm upside down front forks, double rear shocks, and powerful form, stays the same.

Expect an upgraded version of the old 1200 cc motor in terms of mechanicals. The upgraded engine might be somewhat more powerful than the old one, which produced 96 bhp of maximum power and 112 Nm of peak torque. The manufacturer claims that the bike now has ‘better performance.’ The official production data are, of course, kept until the day the bike breaches cover.

The first “new generation” Speed Twin, which debuted in India in 2019, was a complete package, a motorcycle with thrilling quality and improved handling, as well as a gorgeous, but sporty masterpiece design.

The Speed Twin, on the other hand, failed to gain traction in India, where the smaller Street Twin and the Bonneville T120 became popular members of the Triumph contemporary classic family. Triumph will attempt to make the Speed Twin more appealing to Indian motorcyclists this time around, with new specs and amenities. Despite the fact that the Speed Twin has always been a fantastic bike, cost will be crucial.

The latest Triumph Speed Twin is likely to be released in the coming months, with a price tag of roughly ten lakh rupees (Ex-showroom). Of course, we’re hoping to get a look at the new Speed Twin to see what’s changed and whether it makes sense in the Indian market. Keep an eye on carandbike.com for additional information on the 2021 Triumph Speed Twin.