11 dead, including 7 children, as building collapses in Mumbai’s Malad

A structure in Malad West collapsed on Wednesday night. The collapse engulfed another residential structure that was close by. Everything happened on the 9th of June, Wednesday at 11:52 pm. 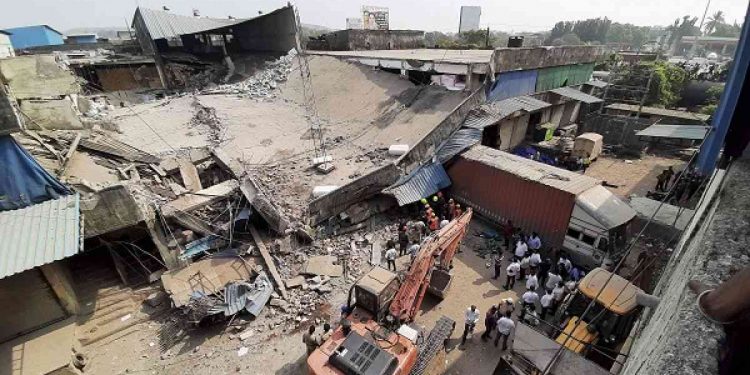 This incident has caused the death of 11 people, with 7 other injured. The collapse had a portion of the ground floor+3 storey-residential structure fall on the adjoining residential house, which was a ground floor+1 structure, engulfing it. Everything happened on the 9th of June, Wednesday at 11:52 pm.

The city of Mumbai was hit by heavy monsoon rain which had lasted for the entire day. The people who died due to this unfortunate incident includes seven children.

After the collapse of the collapsed structure inside the New Collector’s compound in Malad West, Brihanmumbai Municipal Corporation has confirmed on its Twitter handle that residents from the affected structures were being evacuated.

While BMC officials have confirmed that out of the 11 dead, seven are minors, the identity of eight has not yet been verified.

News agency ANI has reported that 18 people have been rescued. The ones who got injured due to the incident have been shifted to BDBA hospital. Among those who have been shifted, the condition of 30-year-old Marikumari Hirangana is said to be critical while the other six are stable.

Search and rescue operations are on to locate anyone trapped under the rubble.

Leader of Opposition Devendra Fadnavis demanded an inquiry into the building collapse and sought action against those responsible. In a tweet, Fadnavis said, “Saddened to know the loss of lives in Malad building collapse incident in Mumbai. My thoughts are with families who lost loved ones & prayers for the speedy recovery of the injured. We demand immediate assistance to the families, in-depth inquiry & action against all responsible. #MumbaiRains”